In Search of Mother-Daughter Adventure Stories 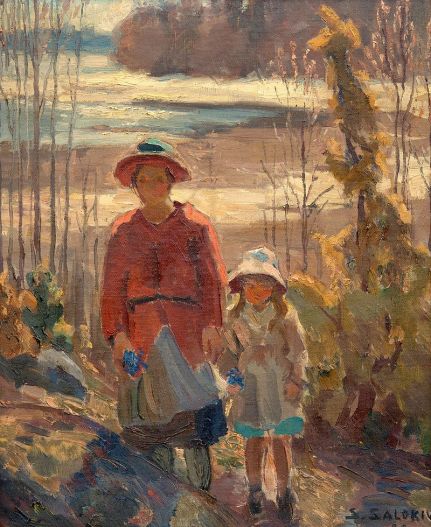 There are an awful lot of missing parents in middle grade, young adult, and classic adventure fiction. One or both (but more often the mother) are dead or missing or just mentally/emotionally absent, and substitute parental figures are often awful (I’m looking at you, fairytale stepmothers, wicked uncles, and well-intentioned but forgetful housemaids). I understand that one of the ways to have an adventure is to have no barriers of responsibility and care that will buffer you, but I’m convinced there are ways to have adventures with one’s parents, at least some of the time. It’s sad and strange and upsetting to pick up a book and within the first three pages, there’s another dead mother.

So I’m looking for suggestions of excellent adventures with living, non-awful parents.  And in the meantime, have a snippet of one of mine I’m dabbling with:

The Dangers of Messing Around in Boats

Jessie leaned over the railing, nearly V-shaped, and her mother twitched, hand hovering unseen over the spot where Jessie’s jeans gaped at her back.

“Look at them go!” Jessie flung her arms out in classic Superman pose. “Whoo!”

Giving in to years of mothering instinct, Sylvia hooked a cautions finger through her daughter’s belt loop and her shoulders settled a bit when the teen didn’t react.

Jessie craned her head around. “You can’t even see the dolphins from there, Mom, you’ve got to get closer!”

Sylvia’s hand tightened on her daughter’s pants, finally earning her a glare, but she didn’t let go. “I can see just fine, baby.”

Jessie scoffed and tilted up onto her tiptoes so even more of her center of gravity hung off the racing boat, her hair coming loose from her ponytail and whipping wildly in the wind.

“Jessie!” her mother warned. Jessie tilted her head once more and grinned, fully upside down and giddy.

Sylvia spread her feet and gripped the railing with her spare hand.

“It’s more that I’m likely to follow you,” she muttered.

“What?” Jessie straightened, heels coming back down and weight shifting.

“Nothing, you’re good.” Sylvia’s smile flickered, but Jessie’s feet were fully on deck now, and she used the rest of her momentum to push them both back against the cabin’s wall.

“Mom? You said this would be okay.” Jessie’s eyes flicked across Sylvia’s face and Sylvia swallowed hard against the increasing sensation of gills spreading out from her throat. No turning back now.

“Fine, baby, you know I want to see where you’re working this summer.” Sylvia’s voice took on a rasp as she extricated herself from Jessie’s grip, headed for the railing.

“A historic lighthouse is not worth re-activating a curse, Mom,” Jessie hissed.

Sylvia smiled, her eyes locked on her daughter’s. “Some things are meant to come full circle. Someday you’ll understand.”

And she let go.

2 thoughts on “In Search of Mother-Daughter Adventure Stories”

Jump into the conversation, the water's fine! Cancel reply